Here we come … Walking down the street … We get the funniest looks from everyone we meet!!!

Meet the whole team and see exactly what your up against when you step onto the field with these guys. Be afraid, be very very afraid.

When it comes to some hardcore paintballing, these guys aren’t clowning around. Well, maybe they are, you just never know exactly what to expect. 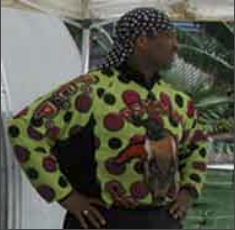 May your horn honk on forever 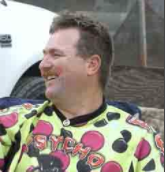 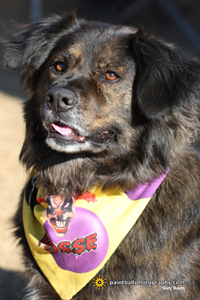 Introducing the Psycho Clown Posse a.k.a. P.C.P. This is the wackiest and most fun group of paintballers in a long time. These guys are known as the Anti-Tournament team. In that they play tournaments, scenarios, walk-on games and everything else in the way that they were meant to be played …Fun!

This team strives for good sportsmanship, comradery and fun. This team plays it all, … Tournaments, scenarios, rec-ball, big games and benefits. If it’s paintball, you can expect to see or hear those crazy Clown horns honking at any paintball function.

The team is currently 20 some odd players strong, and steadily growing. (The youngest player being 10 and the oldest 60)
The team was envisioned and is captained by a man called Rock, also known as Rockzilla. He got together with another player named Pogo (Toby) with the simple philosophy that we will play fair and play hard and we will wear really stupid uniforms. Hence the Clowns were born.

At first glance, people thought the Clowns were simply a joke, until they witnessed them play, and found that these guys can ball right up there with the rest.
But something else was evident. These guys were truly ambassadors to the sport of paintball. They were approachable and friendly, who would gladly lend a helping hand or advice, tools, even paint to anyone who needed it. Many times, you could witness them giving away promotional items for whatever field they were playing at, or various other functions, such as flyers, lanyards, passes and gear. When was the last time you saw a noteworthy team doing that?

Not to mention, these guys love to goof off with the public. With their crazy Clown horns and antics, these guys could win over the heart of the Grinch.

In the Scenario game “The Warlords” where Bud Orr of WGP and his team “The Warlords” faced off against Tom Kaye and The Mag Masters, the Clowns not only helped the Mag Masters win, but also T.P’d Bud Orrs Command headquarters in the wee hours of the night. Bud said he’d never laughed so hard! Moreover, the kids loved them. These men in Clown gear were like rock stars to the kids, and even a lot of the adults.

The next time you hear “Honk, Honk” … Look over your shoulders, because the Psycho Clown Posse may have rolled into your field where there’s always a Clown or 2 to contend with.

The Psycho Clown Posse are currently sponsored by only their wives, husbands, fathers and brothers.

The Psycho Clown Posse is a team like no other.  We were born from an idea back in the year 2000 between a few friends

The conceptualist of our team was Ivan (Rock) Spencer.  His goal was to build a team that refused to fit the perceived norms of overly serious, unapproachable, and self-absorbed that other teams of the time displayed.  Marco Antonio, another player, was in a local shop in early 2000, during one of Rock’s discussions about building a new type of team.  The two joined in a discussion that would lay the ground work, rules, values, and attributes that would make for the perfect “Anti-Team.”   They both agreed that for a team to make any difference in the sport they would have to stand out from the rest, both in appearance and in style.  The team would have to be zany, colorful, and would have to embrace humility.  The end question would be exactly what type of character or image would represent those values the most?  Only one creature does…the clown.  It was that day that the Psycho Clown Posse was born.

During the next five years the Psycho Clown Posse was transformed from being the outcasts of tournament team to a nationally recognized scenario and recreational team.  The team has been featured over 40 articles from all of the paintball industries top media sources.  Then, in 2005, the Clowns used their popularity and passion for the game to give back to their friends, family, other teams, and the industry by creating and hosting their own single day scenario events.  The proceeds from these games were then donated to Habitat for Humanity, the Ronald McDonald House, and to the Missions of Los Angeles.  Though 2005 would be humorously remembered as “The year of the Clown” it took its toll on the team.  Some of the older members had drifted away and with few new Clowns entering the ranks, the work loads brought about some loss of enthusiasm amongst the team.   Promoting both, PCP games, other scenario producers’ games, and recreational paintball as a whole appeared to have brought the team to a breaking point.

Entering early 2006, all of the intense promoting and struggling for new ideas that the Clowns did, paid off.  The excitement and energy they brought to the public resulted in new faces emerging on the team roster and as the year progressed old faces started coming back.  All of these members bringing a new intensity and excitement that rekindled the team’s spirit.

Another drastic change was one of the team’s founders, Rock, leaving the sport.  Justin “Krusty” Hirsch and Toby “Pogo” Grable joined together as the new captains of the team.  Both agreed that the “Clowns” needed to regroup and they needed to focus on one important part of their name; “Posse.”  The team needed to concentrate on playing as a team.  The Clowns spent mid 2006 introducing their entire team to not just the different faces of paintball; scenario, speedball, and pump play but also to ensure that the tradition of the Clowns remained in tact.

In 2008. the Clowns chose to nominate new captains to share in the family oriented style in which they were so accustomed. The team elected Gabriel “T_Devil” Frias and Tony “Violator” Holliday and within the same year, Toby chose to step away from the team,

With the unfortunate death of our founder and inspiration, Rock, on June 11th 2011, Justin (Krusty) vowed to preserve the name of the Psycho Clown Posse in his honor. Throughout the years, it has been our goal to maintain the original views and values envisioned by Rock back in 2000, and to preserve a team based on honesty, camaraderie, friendship and fun.

In Sept. of 2021, in the midst of the great pandemic, Gabriel chose to part ways with the team to follow his own path.

The Clowns, following their original goals, nominated David “Rojo” O’Dell as their new Captain to continue the path and lead the team as Rock, Krusty and others have done in the past.

Even after moving from tournaments to scenarios, having one of our founders leave the sport and adding new faces to the roster, the essence, purpose, and soul that Rock gave to the team still exists and flourishes whenever its members step onto the field.  The central purpose of the Psycho Clown Posse has always been to have fun and make paintball fun for others.  Many have called us “ambassadors” and even “role models” but to the members of the Psycho Clown Posse, we’re everyday players who have a passion for fun and standing out in a crowd.

This portfolio was just a two dimensional description of the Psycho Clown Posse.  It in no way will ever be able to describe the energy, passion, and commitment of the team’s members.  If you wish to truly experience what the Psycho Clown Posse brings to the field, then come out play along side of us for a day.  Allow us to prove to you our commitment to the sport and our drive to expand the beliefs of fun, fair, safe, and intense play.